Betting on the NFL can be a profitable endeavor if you do the research and make the time to study previous matches. To understand how NFL betting guide works you should take the time to read through this article and experience more through American football betting. In this article, we will take a look at bet markets available on NFL betting, how to bet and terminologies used in American football.

There are a number of terms used in the NFL and a new punter who isn’t familiar with various terms and how the system works will have a difficult time betting on American Football events. In short, you can’t bet on something you don’t understand and therefore need of the glossary understanding.

The following are some of the phrases used in NFL that you should definitely know, they include: Against the spread; abbreviated as (ATS) is betting against the line and usually you are required to bet on a range of points in which a team should lose by.

American odds; better known as moneyline odds and the odds represent the exact amount to wager on a possible win.

Cover the spread; the exact opposite of betting against the spread and the trick here is to place a bet whereby the favourite is covered to win by more points.

Dime line; this is the mathematical difference between the pay-out placed on a favourite to win and the money you would get if a similar bet is placed on the underdog.

Drifted odds; is situation were the odds are getting higher during the event.

Fin bet; also known as the financial bet or a banker.

Getting points; the totals markets are being increased.

Grand bet; also referred to as a value bet.

Longshot; is like waiting on an upset by placing an underdog to win an impossible event.

Steam movement; is unpredicted movement that is sudden as a result of the event starting in a few minutes.

Straight up; (SU) a situation whereby a team has overcome the point spread.

American football, like other sports, have bet markets that you place wagers on in order to win, the common types of markets include: money line, spread betting, first quarter lines, half time lines and totals over/ under.

The money line betting in NFL is a common betting market in online betting with the bettor being required to choose one of the two teams to win the event and is less profitable in terms of odds since hot events spot lower odds. However the underdogs may have huge odd values compared to the favourite and in case of a win for the underdog can result in a win.

Bookmakers are nowadays offering bet markets on a period of 1st quarter, the odds are usually higher on the pre match since the punter offers much better offers compared to the second half and pro punters have a tendency to bet on 1st quarter lines due to attractive odds.

Similar to the first quarter but with a difference in odd values, punters also prefer this type of NFL bet market since it’s easier betting on a team to win in the half time period and there is real time data from the  first quarter period.

The over totals requires you to bet on a team to surpass a given number of points to win and the same applies to the under. The other type of over/ under totals is betting on both teams to represent a given number of total points at the end of a period.

How to bet on NFL parlays

The parlay bet market is a popular bet and allows punters to bet on more than one bet type and usually three is a common number. The common combinations is the halftime, totals over/under, spread bets and the money line. The parlay is profitable compared to the other bet types, however in order to win you have to win on all parlay bets picked if their two you have to win both picked bets and if there four types all must be won, you get the idea. Although profitable it’s the riskiest bet type for an in experienced punter and chances of winning are lowered with each bet type added on the parlay.

How the NFL teaser works

There are three types of teasers in American Football with a teaser bet being a group of straight bets usually two or more combined into one bet, where each individual favoured side is favoured by a given number of points. An example of teasers include 6 points, 6.5 points and 7 point teasers. In a 6 point, an example is wanting to take 8 packers which is converted into a 2 packer in the 6 point teaser. The 6 point teaser shifts 6 points from the 8 to 2 packers.

Future bets requires you to correctly predict a specific team to win the championship or the super bowl at the end of a football season. This type of bet requires a lot of patience and loads of experience since it’s not easy to pick a favourite during the early season. 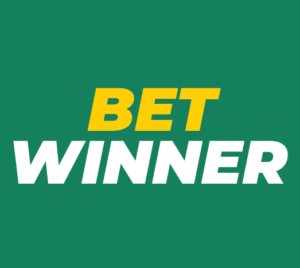